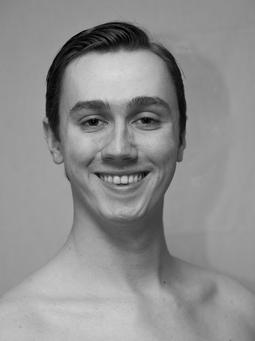 ​​      James Heeney is a ballet teacher, who recently moved to the area from Chicago. James made his professional debut in 2013 with the Winston-Salem Festival Ballet, before relocating to New York and performing with The American Swiss Ballet, Ballet Long Island, and Baltimore Ballet. Additionally, James freelanced for several companies in the Washington DC Metro area and the New York Tri-State area.
James received his formal training with Ballet Chicago and Ballet Chicago Studio Company under the direction of Dan Duell and Patricia Blair. During his training, James was a recipient of the Philip and Marsha Dowd Merit Scholarship.
At Ballet Chicago James got the opportunity to perform several Balanchine Ballets. Who Cares, Serenade, Stars and Stripes, and Agon were among the performances he took part in. It was the introduction to this style of ballet where he fell in love with the neo-classical ballets. James brings these Neo-Classical elements into the class to help the next generation of dancers achieve the expectations in today’s auditions and summer intensives.