Amy fell in love with dance as soon as she took her first class at age 7. She was blessed to have been trained by Marta Jackson, Eugeny Tchanga, Alberto Alonso, and Linda Samuels-Elchak as a young dancer. She continued her education by attending the University of South Florida as a scholarship recipient and a dance major.
In 1999, she was awarded a scholarship to attend the Alvin Ailey’s Summer Intensive and decided to stay and train at their school for the following two years. Before she left the school she performed “Memoria” with the Alvin Ailey American Dance Theater and taught the Junior Division Intro to Ballet. From there, Amy landed the Broadway musical “Footloose” that performed at the Rio Hotel and Casino in Las Vegas and continued as the first National Bus and Truck Tour. Amy then worked aboard cruise ships as a featured soloist from 2002-2007 before deciding to return back to Jacksonville.
Her love and passion for dance has been an ever constant reminder to set high standards and to strive towards excellence. She hopes to instill these same values in the students she teaches. 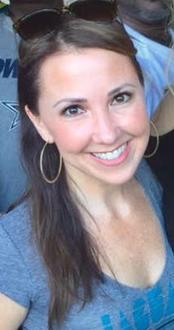