Anne Marie began studying dance in northeast Ohio as a child at Abby Dance Center, which gave her a foundation in ballet, pointe, lyrical, tap, and jazz.  Through Abby Dance Center she competed nationally earning titles to become a member of the I Love Dance Sweetheart Touring Group, Dance USA National Dance Team, and StarpowerPowerPak, performing in national venues such as Las Vegas, New York City, and Lake Tahoe. While competing Anne Marie also studied at the Manchester School of Classical Ballet and was a member of the Manchester Dance Ensemble, an educational touring company
To continue her education Anne Marie pursued a BFA in dance through the University of Akron, which allowed her to study under professors from the Pennsylvania Ballet, Ohio Ballet, Martha Graham Company, and Jennifer Muller/The Works Dance Company.  She performed lead roles in Crystal Divertissements a pas de trios and Tribute to Swing a jazz tap production, and began teaching and choreographing for the studio she grew up in, Abby Dance Center.
Anne Marie’s choreography has received numerous awards over the past decade along with her students receiving honors in mastered technique and performance.  She has judged competitions nationally, been ZUMBA certified, and produced, choreographed, and performed in Project 7 a dance media event in revue for publication.  She has taught all ages in styles such as contemporary, lyrical, tap, jazz, ballet, pointe, and modern at studios from Ohio to California. Her students have earned overall placements, regional and national titles, many scholarships / summer studies, appeared on So You Think You Can Dance, danced professionally with the Radio City Rockettes and Oakland Raider Raiderettes, as well as who have went on to pursue degrees in dance and start their own studios.
Over the last few years Anne Marie has continued to grow and broaden her skills having taken classes internationally from Paris to Tokyo and nationally from New York City to Los Angeles.  She continues to stay current attending conventions, doing guest choreography, and teaching master classes as well. She believes in a nurturing dance environment that encompasses creativity, performance, discipline, technique, and progression, while paying attention to a dancer’s health and body.
Anne Marie is excited to share the knowledge and talent she’s been given with her students and is thankful for the opportunity to do so.
Favorite Quote: “I don't want people who want to dance. I want people who have to dance.” 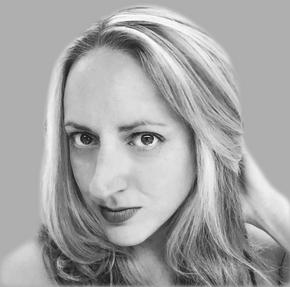