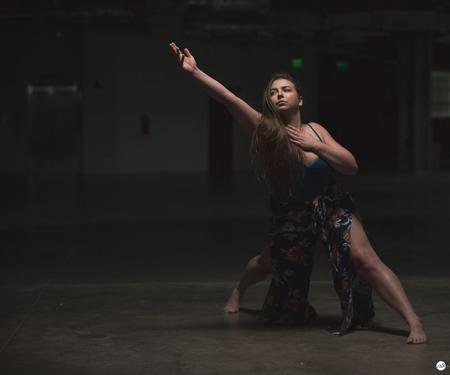 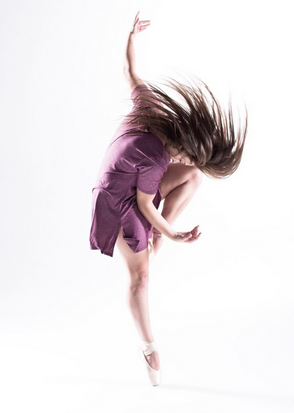 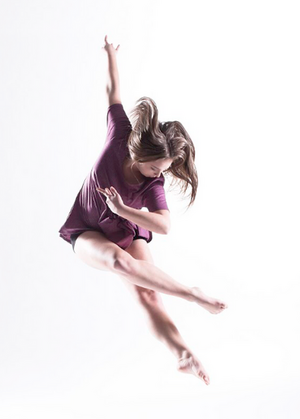 Madison Vickhouse is from Virginia Beach, Virginia and attended Denise Wall’s Dance Energy for most of her training. Throughout her years at the studio she became a member of their competition team and won countless specialty awards and titles. She has had the pleasure of training under amazing instructors such as Denise Wall, Travis Wall, Stacey Tookey, Jason Parsons, and many more. Madison has always had a love for strong technique and artistry and still pushes that with her students today.
A graduate from Shenandoah Conservatory, Madison received her Bachelor’s of Fine Arts in Dance Magna Cum Laude. Throughout her time there she learned from incredible faculty and guest artists. During her time in the program she had the privilege of performing in fourteen main stage performances, that included specialty shows for donors and guests, and countless student-led performances. She also choreographed multiple solos and group pieces, and was selected to have her works be put into main stage performances. During her time at Shenandoah she found a passion for choreography and teaching. She is dedicated to her work and students and has found great success in her training programs.
Madison has also performed in multiple professional productions which included traveling around the globe to perform. She has performed solos in Chengdu, China and Gothenburg, Sweden, as well as many other locations. She has also performed in Guys and Dolls as Hot Box Ferguson with Virginia Stage Company where she also earned her Equity Membership. She has most recently danced in numerous music videos and was contracted to choreograph as well. She has also worked on many Television series, with most recent being The Walking Dead World Beyond. Madison takes her professional experience and translates it into the classroom to enhance her students' knowledge, and looks forward to working with them!